With the world population projected to grow from 7.7bn billion in 2020 to nearly 10 billion by 2050, more food will need to be produced on less land amid growing water scarcity and other climate-related pressures, necessitating another green revolution to boost output. The majority of the population growth over the next 30 years will be concentrated in megacities of the developing world, putting a strain on global food supplies, especially in Africa and Asia.

IRC Global Executive Search Partners convened a panel of agribusiness leaders from across the world to discuss how technological disruption and innovative finance will play a critical role in boosting productivity for smallholders and large-scale farmers alike in the decades to come, as the focus on sustainability goes mainstream. 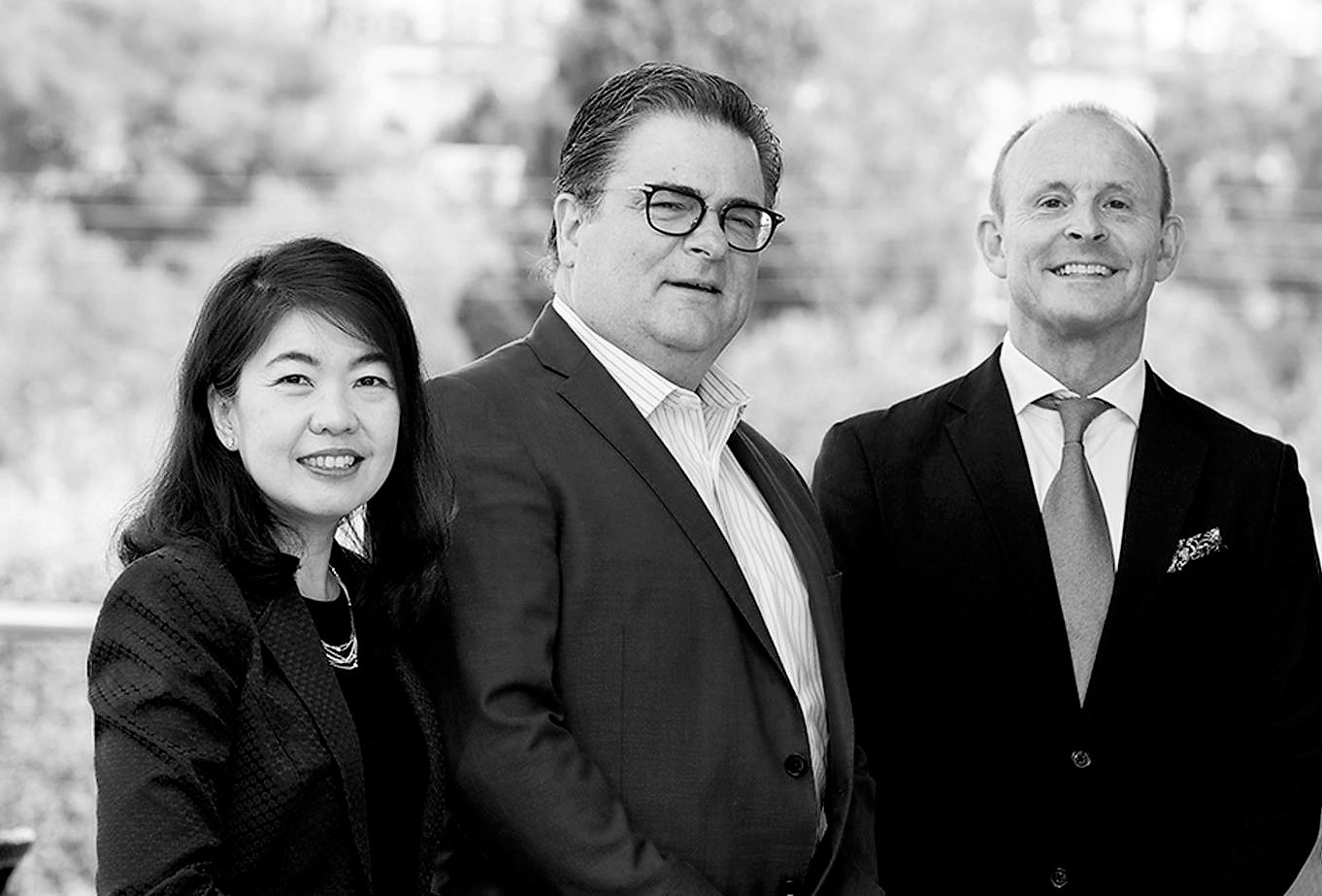 According to the United Nations, nine countries will contribute more than 50% of the projected population growth over the next three decades, of which all but the US are in Africa or Asia, where population pressure and resource scarcity are already becoming acute. India will overtake China’s population by 2027, and the number of people in sub-Saharan Africa is projected to double by 2050, meanwhile.

Plant scientists, agribusiness leaders and investors are confident in with world’s ability to meet the growing demand for food by leveraging new crop varieties and technology to improve productivity, but with 10% of the global population already hungry, and 25% micronutrient deficient, it will be no easy task. Arable land and water are becoming increasingly scarce as the global climate warms, making the ability to produce more food on less land without degrading the environment a growing challenge, and sustainability, a growing concern.

Illinois-based Valent BioSciences has made sustainability a central pillar of its portfolio, which encompasses crop protection, crop enhancement, soil health, public health and forest health. Notwithstanding the important contribution of biotechnology to agriculture over the past several decades, the industry remained very traditional and it took a long time to introduce new technologies and products, said Chief Commercial Officer Salman Mir. The pace of bringing new products to market has increased exponentially in the last five-to-seven years, however, Mir said, and new disciplines, including precision agriculture, the marriage of information technology and biotechnology and soil health, are developing rapidly. 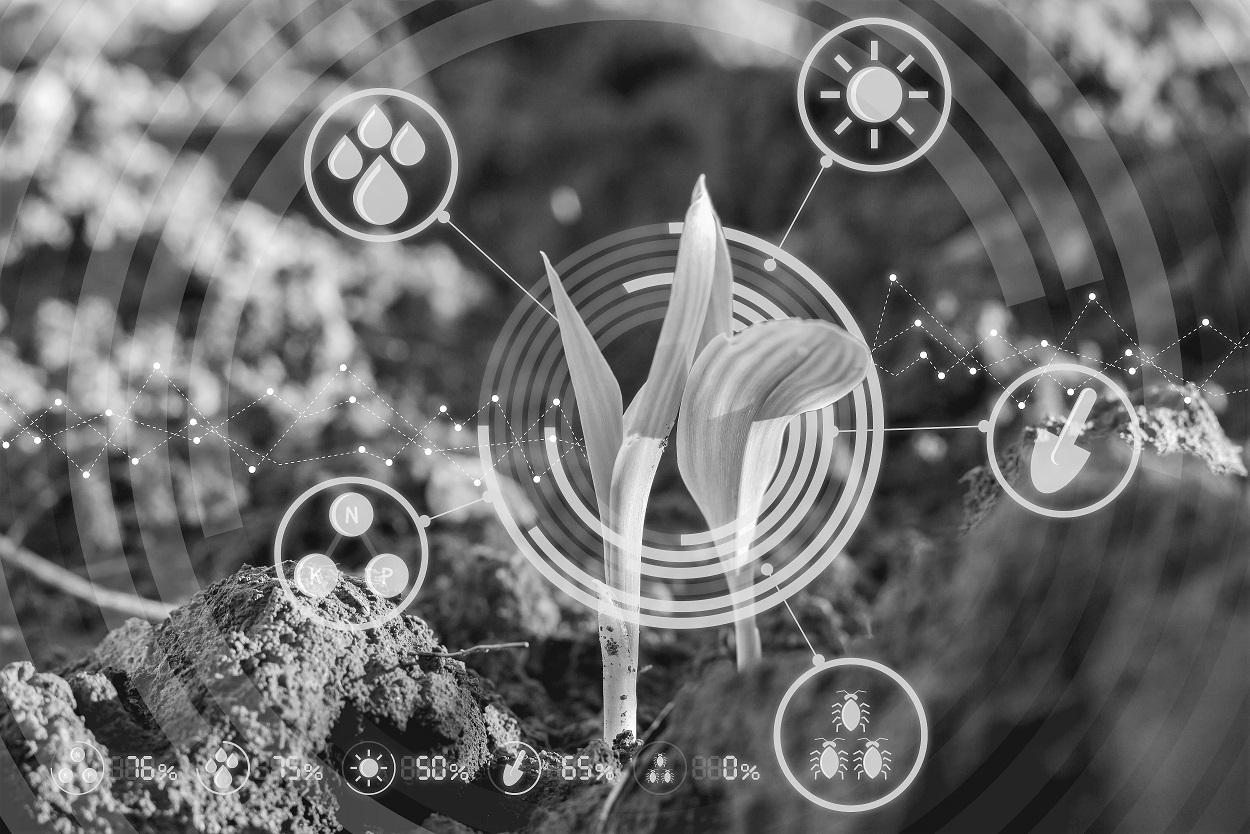 There’s a growing understanding in the US and EU about the soil rhizosphere, the complex population of microorganisms in the plant root-soil interface that contribute to soil health and nutrient uptake, for example, Mir said. “There’s a natural way of managing that soil, which is how you till the crop, what kind of biofertilizer you use, what microbes you can introduce, and that's a whole new area, which I think will grow exponentially,” Mir said. Disruptive technologies are also being introduced to improve post-harvest handling, Mir added, which can greatly reduce losses.

The capacity to transfer technology from centres of research and development in more industrialized markets to high population growth countries of Africa and Asia is a concern, however, Mir said. Even when new technology is introduced in a given market, there’s often a gap in terms of how it gets passed on to the farmer, he said. “If we don't get that right in Southeast Asia and South Asia, then we're going to have a lot of issues,” Mir noted. Solving the bottlenecks in technology transfer to smaller farmers and subsistence farmers, which comprise the majority of farmers in the developing world, can really catalyze growth, Mir said. “That's where the change is really going to come.”

One way knowledge and technology transfer is happening is through electronic learning, which can level the playing field, but also put the value of intellectual property at risk. New models of information and communication technologies in the sector are being used to build support networks that provide essential value to farmers, mitigating the potential losses associated with more openly shared knowledge, information and resources via electronic platforms, however.

Government policy will be a key driver of innovation in agriculture, noted CropLife Asia Executive Director Siang Hee Tan. CropLife Asia is a Singapore-based advocacy group for crop protection and biotechnology that acts on behalf of member companies BASF, Bayer, Corteva Agriscience, FMC, Sumitomo Chemical and Syngenta as an arm of the global federation CropLife International.

The use of drones in the agricultural sector in China has exploded, for example, Tan noted, with 50,000 being operated by a number of service providers. In India and Pakistan, on the other hand, government regulations don’t allow them to be fully utilized and deployed, he said. In Australia, New Zealand, South Korea and Taiwan drone use has also taken off, Tan added. 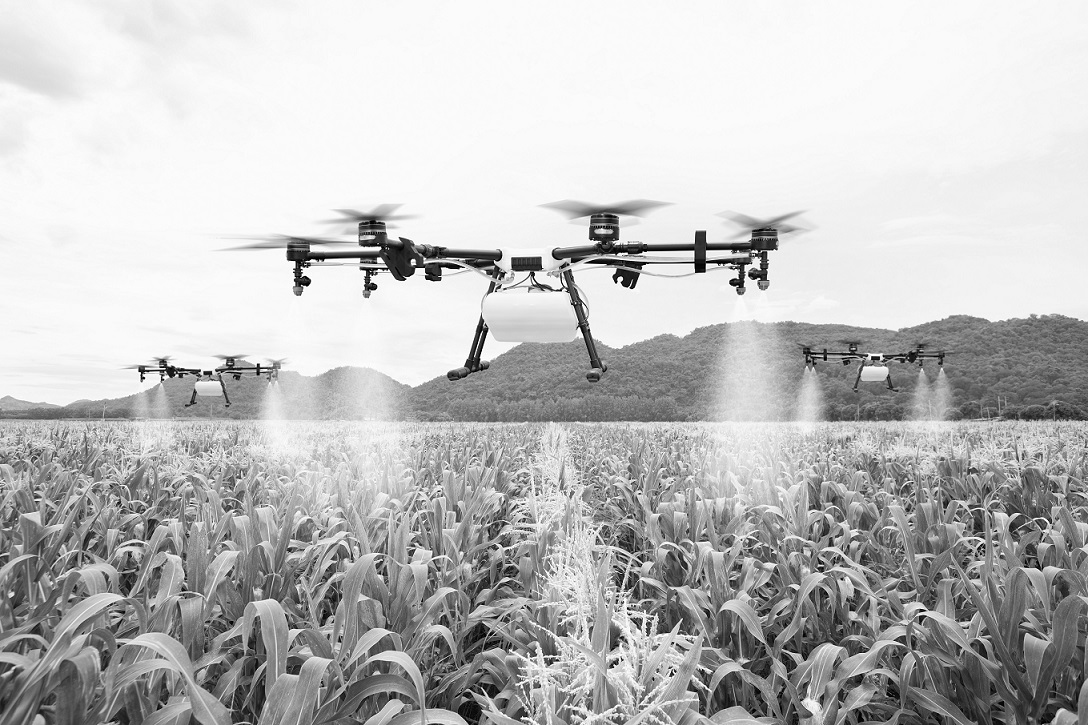 CropLife members have committed billions to digital agriculture, technological innovation and to making their products more environmentally friendly, Tan said. The drive towards digitalization in agriculture has accelerated rapidly in 2020 amid lockdowns across the world, Tan added, as the group’s members migrated quickly to digital sales channels. “The whole e-commerce platform has evolved and the timeline will really shorten,” he said.

While there may have been some hesitancy among companies in the agriculture sector to allocate the resources required to fully digitalize, it’s become clear in recent months that the investment is well worthwhile, agreed Valent Biosciences Chief Commercial Officer Salman Mir. “It's worth the spend, because you can run your company and you can keep interacting with your customers better without disruption of your operations,” he said.

South Africa-based Goodwell Investments recently broadened its mandate beyond financial technology to include agribusiness ventures, raising EUR 100 million to invest in financial services, agribusiness and other inclusive growth sectors in sub-Saharan Africa, with a heavy focus on the digital economy. The fund’s agribusiness portfolio is focused on technology solutions that will help integrate smallholder farmers into the value chain by providing remote learning and digitally-enabled financing and extension services, monitoring production and aggregating agricultural output to supply end markets. “The aim of our investments is actually to enable these smallholder farmers to earn an income,” said Senior Investment Associate Dhanyal Davidson. Goodwell is seeing a convergence of services between fintech and agriculture, and between more traditional technologies prevalent in the field and their more modern counterparts, Davidson said.

The impact investment fund has looked at companies providing credit to small farmers based on remote reporting of land size and yield, as well as companies sending drones into the field to collect data that can be analyzed using artificial intelligence to aggregate supply to match demand from large buyers, Davidson said.

Notwithstanding the importance of smallholder and subsistence farming, there’s a clear trend towards large-scale farms that will continue to gain prominence in the years ahead and make a big contribution to feeding the world, noted Rens Knieriem, Business Manager Asia at Rijk Zwaan, the world’s fourth-largest vegetable breeding company.

Rijk Zwaan spends 30% of its revenue on R&D, which occupies the time of 40% of its 3,500 employees. “Of course a company like Rijk Zwaan,and also our competitors, are very ready to apply a range of techniques, but we also strongly believe that nature provides us with what is necessary to breed for good varieties. Yes, we like to speed up the process, we like to enhance varieties, but we also believe that nature in itself, for vegetables, is enough really to contribute strongly to food security in the world.” 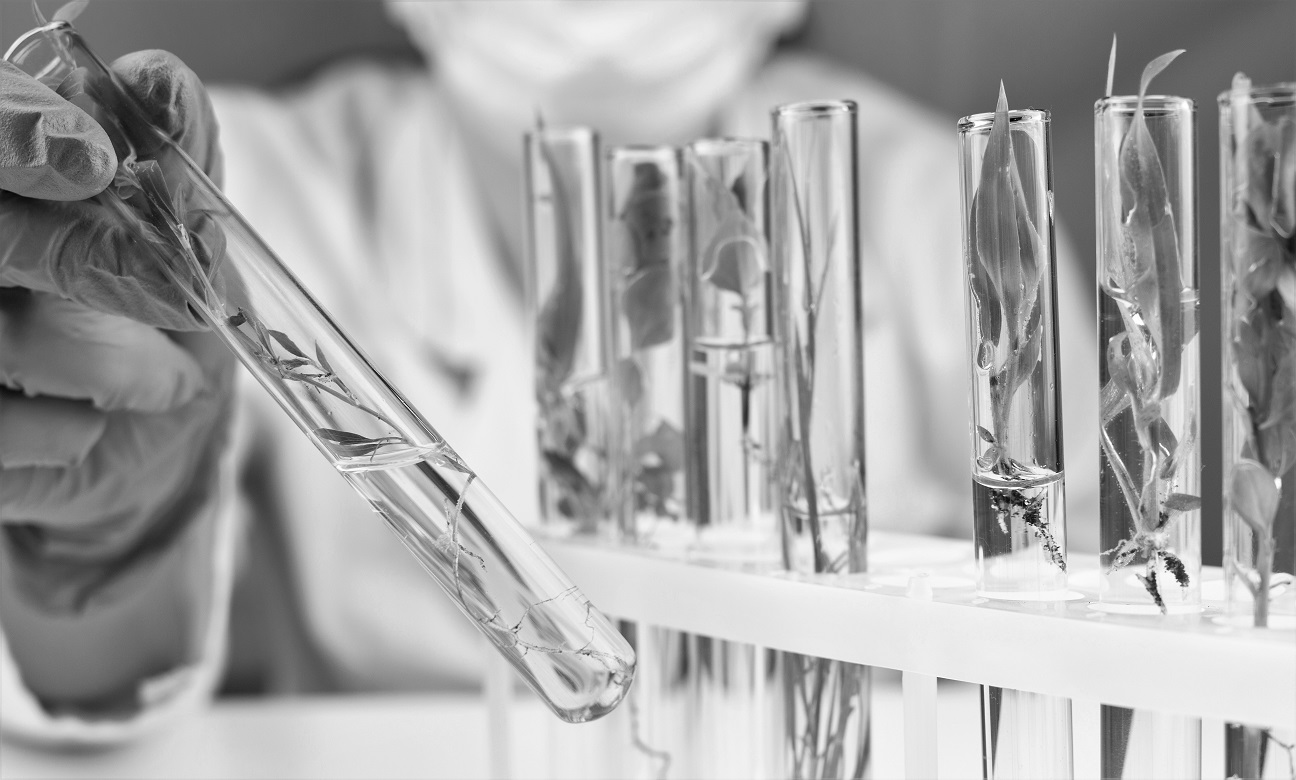 A lot of countries have started to rethink national food security and are developing food production centres in the immediate vicinity of megacities, noted CropLife Asia Executive Director Siang Hee Tan. “This is a golden opportunity for us to really highlight the importance of the surrounding economy, the circular economy, and most importantly, the lack of post-harvest technology,” Tan said. “In Cambodia, 50% of the rice is lost on the farm before it even gets to the miller,” he emphasized.

The 540 million smallholder and subsistence farmers across the globe require different technologies than the large-scale farmers that will feed the emerging megacities of the future, while producers of speciality crops like coffee, banana and palm oil require their own particular solutions, noted Tan. The large-scale farmers have the financial and technical capacity to take a quantum leap forward in terms of productivity, he said, and biotechnology represents an important tool.

The 2020 Nobel Prize in Chemistry was awarded to the two women who discovered and developed the CRISPR-Cas9 method for genome editing, which has produced genetically modified crops that are resistant to drought, for example, Tan noted. Cautious governments, however, especially in the EU, are limiting the potential of farmers to achieve such quantum leaps and respond to climate change and other environmental pressures by restricting the use of genetically modified organisms, Tan said. “We need to allow farmers to choose the toolbox,” he said.

In addition to increasing yield and resistance to pathogens, biotechnology also holds potential to increase carbon sequestration, he added. Crops modified to sequester more carbon could make agriculture part of the solution in the fight against global climate change, rather than part of the problem, Mir noted. The developing technology will be readily embraced by agribusinesses as well as governments across the world keen to transition to low-carbon economies, Mir said.

Recent M&A activity between large international agrochemical groups and environmentally friendly crop protection and nutrition targets, including acquisitions of biorational and biostimulant companies, demonstrates how the drive to make agriculture more sustainable and resilient has gone mainstream, Mir noted. Valent, he said, aims to stay at the vanguard of this trend.

The use of technology to transfer knowledge and aggregate output from small farmers to enable them to compete with large-scale farms could reduce migration away from rural areas and preserve farming communities and traditional skills, Mir said. Technology will inevitably play an increasingly important role in all manner of farming, he said, but agriculture will remain a people-driven business where skills and the capacity to apply innovative technologies will ultimately determine yield.

“We will be we will be able to feed everybody by 2050,” said Goodwell Investments Senior Investment Associate Dhanyal Davidson. “The prevalence of technology will differ between smallholder farmers, your middle guys and your large commercial players,” however, he added. “The hope, though, is that the gap in adoption of technology is not that big between your smallholders and your commercial farmers so that we don't end up with the commercial farmers dominating even more of the farming space,” Davidson said. 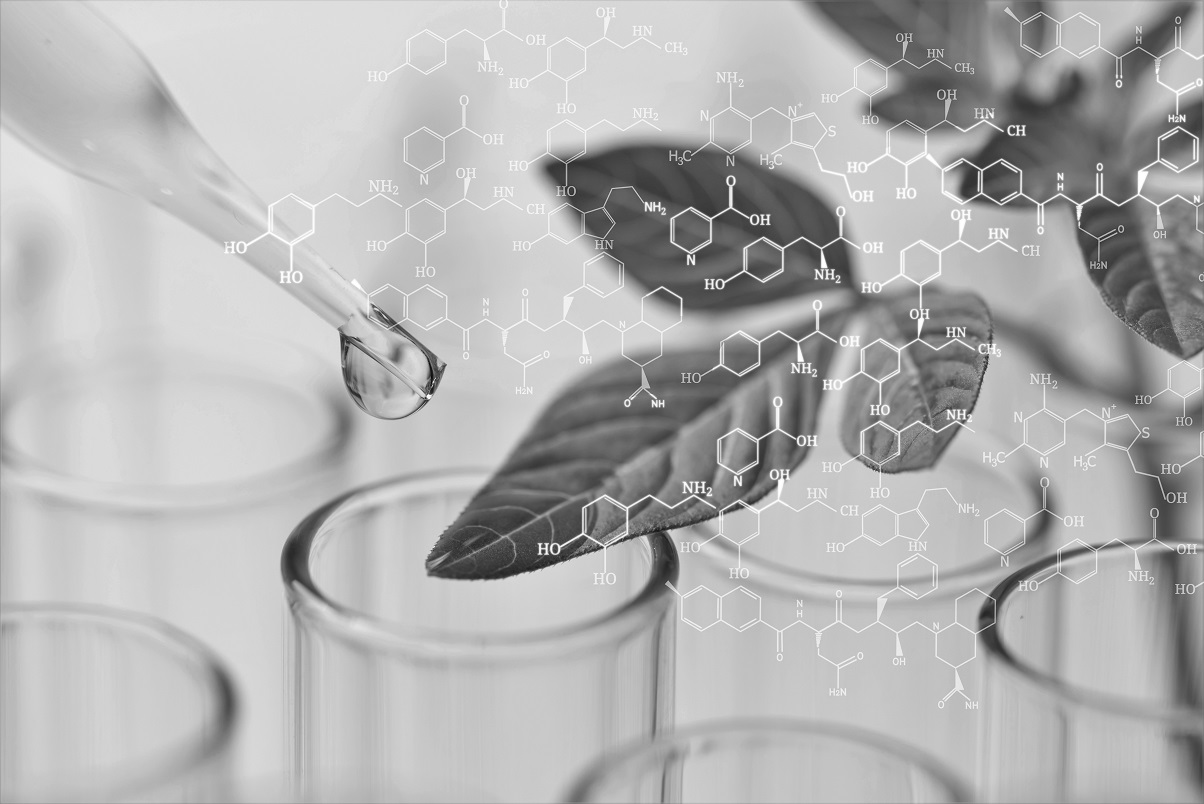 “We are going to manage, I’m quite sure about that,” agreed Rijk Zwaan Business Manager Rens Knieriem. “People drive technology and people understand crops, and technology enhances and supports, but technology is playing such a big role,” he said. “If you talk about indoor farming, mechanization, getting out of the soil, in the case of vegetables, all those technologies are playing an important role and it's very much technology-driven, but people knowledge remains crucial to make it a success, and probably even more crucial than in the past with low-tech circumstances,” Knieriem concluded.

“With the population continuing to rise, we look to our farmers to grow more food with less land, water and resources – and fewer impacts on our environment,” added Tan. “Plant science and a host of innovative technologies are increasingly making that possible, by helping drive sustainable agriculture, while increasing food production.”

Transformation, disruption, and Covid in the Waste and Recycling sector

The article contains insights on leadership in a period of cultural transformation, strategic challenge and disruption, Covid-19, and achieving Work-Life balance.